Vivo has launched another version of its Y91 smartphone equipping 6.2-inch screen, dual 13MP rear cameras. Take a look at the Vivo Y91 3GB RAM below!

Back in January, the Chinese manufacturer announced its Y91 phone with 2GB of RAM. Recently, this company has now launched a new version of this phone with bigger 3GB RAM. As for other specs, the 3GB RAM model comes with the same specs as the standard version. Users can purchase this phone vie major e-commerce platforms like Amazon.in, Flipkart, Paytm, and others.

Additionally, the Vivo phone is available in offline stores as well. In terms of the display, Vivo Y91 3GB RAM offers a 6.22-inch Halo FullView Display with 720 x 1520 pixels resolution, along with an impressive 88.6 screen-to-body ratio. Furthermore, the Vivo smartphone features a dew-drop notch on the top with thin side bezels. In addition, this phone works on Android 8.1 Oreo with Funtouch OS 4.5 on top as the operating system. 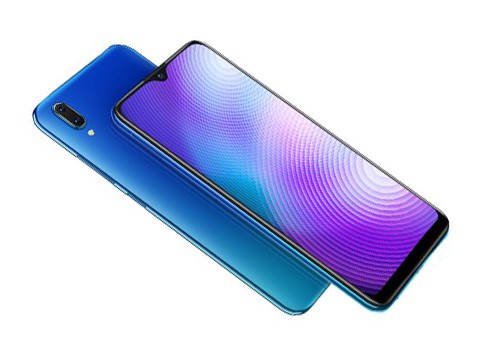 On the other hand, there is an octa-core MediaTek Helio P22 chipset, coupled with PowerVRGE8320 GPU. Speaking of the optics system, the Vivo Y91 camera offers a dual rear camera set up, including a 13MP primary sensor (f/2.2) and a 2MP secondary shooter (f/2.4). On the front, this phone packs an 8MP lens with an aperture of f/1.8 to capture selfies and video calling. Besides, this phone houses a decent 4030mAh battery box. Lastly, connectivity options include 4G LTE, Bluetooth, Wi-Fi, GLONASS, GPS, and Wi-Fi 2.4G.